Her sacrifice meant the Academy would live on

Virginia Kivett was 15 when she left home with her father and three older brothers — she was one of 11 children in all — to rebuild Buies Creek Academy brick by brick after a fire wiped out the small school in December 1900.

The story of Z.T. Kivett’s heroic gesture has been forever etched into Campbell University lore, but the sacrifices of young Virginia deserve equal billing. Her contributions began by going door to door throughout Harnett County asking for nickels and dimes to pay for the bricks that would one day become Kivett Hall. 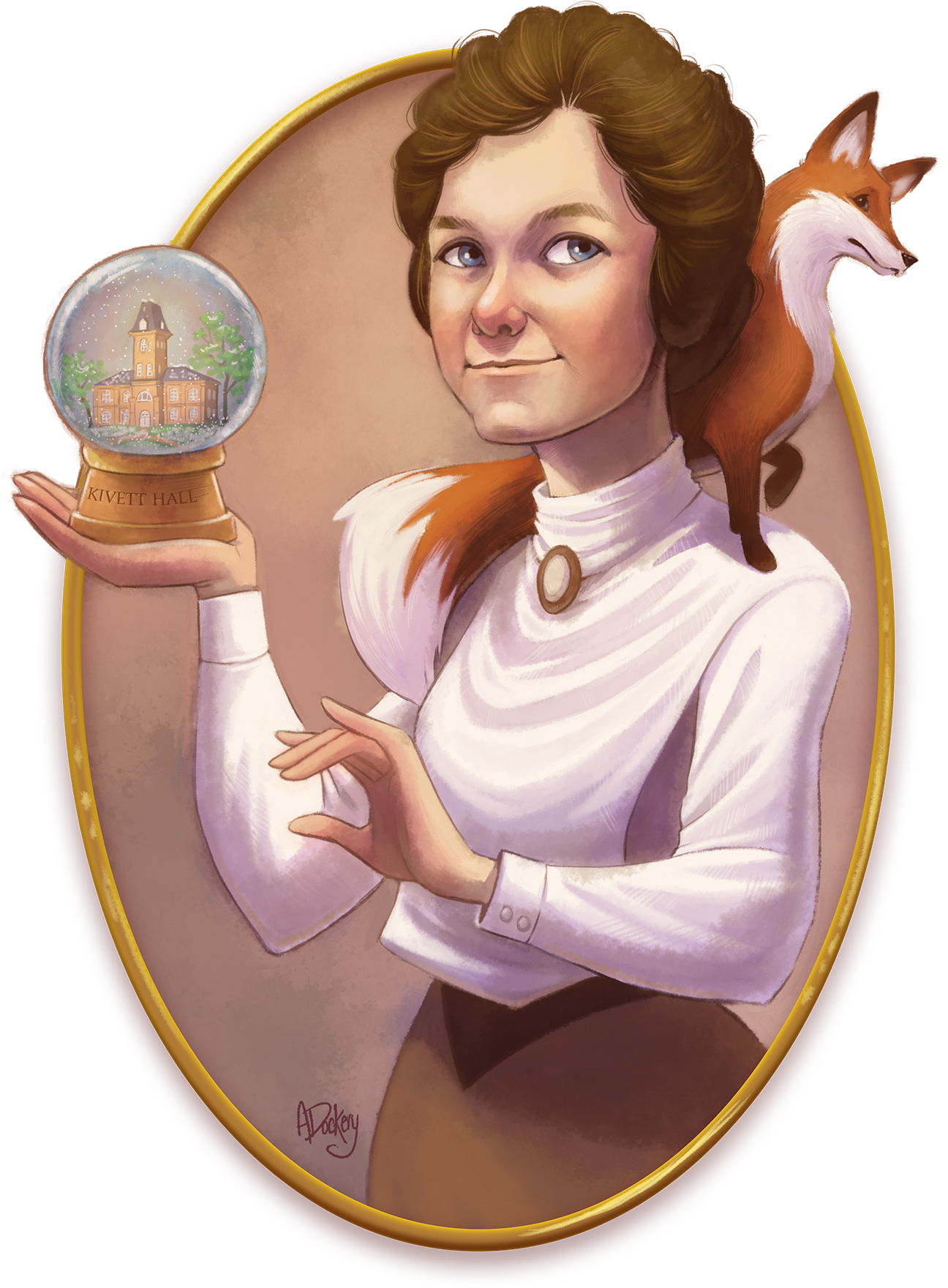 When she and her brothers joined their father on the other side of the Cape Fear River to begin construction, they first built a small shanty that would become their home for the next 24 months.

Virginia’s teenage years were spent cooking and caring for the boys (not just her family, but the entire camp), cleaning their makeshift home and sleeping on what amounted to wood planks. She only saw her mother and younger siblings on Sundays — there’s was a household of open affection, and it was difficult for young Virginia to be apart from them for so long. She worked tirelessly and just as hard as the men for the other six days.

But there was reward in her sacrifice. While her brothers were forced to stop attending school for the two years that they worked, being so close to the campus meant Virginia was able to continue her education with school founder J.A. Campbell, his wife Cornelia and the other teachers who remained.

She graduated from Buies Creek Academy in 1907, four years after the completion of Kivett Hall, which today remains Campbell University’s oldest and most iconic building and a visible testament to the school’s motto, ad astra per aspera — “to the stars, through difficulty.”

Following graduation, Virginia’s contributions to her school continued. She taught elementary children at Buies Creek Academy for the next 20 years, and she remained an active alumna, friend and advocate of the school all the way up to her death in 1966 at the age of 80.