Trailblazer who returned to finish her Campbell story

Patricia Oates Conway’s first Campbell memory was in the summer of 1968, sitting outside of Norman A. Wiggins’ office while her high school counselor, the Rev. Roger White, spoke to the new Campbell president about her enrollment in his school. When White walked into the waiting area where Conway sat, he looked her in the eyes and smiled.

That year, she and two other students — Cordell Wise and Marquriette Lawrence — broke the color barrier, becoming the first black students in Campbell’s 90-year history. 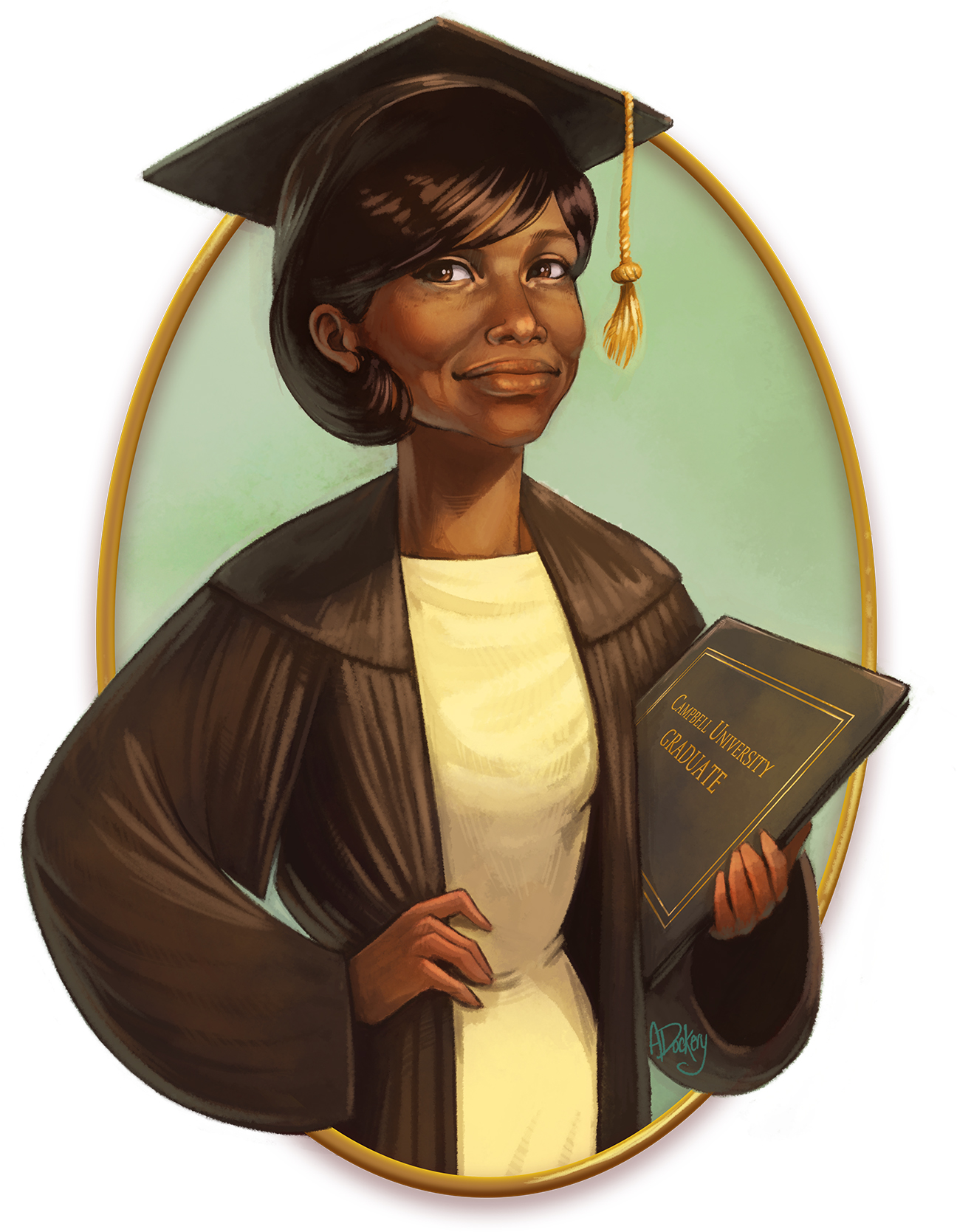 When President Wiggins asked her counselor what Conway had to offer Campbell, the reverend’s response was, “A better question: What can Campbell do for her?”

She did have something to offer Campbell — her voice. A music major, Conway joined the travelling choir as a freshman and built strong friendships in the previously all-white group. She has positive memories of her concert trips and the friendships she made in her group.

But being a trailblazer didn’t come without a price. She endured racial slurs and was once refused service in a restaurant because she was sharing a booth with a fellow male student who was white — the waitress thought they were a couple.

Conway didn’t make it to graduation — she left after two years in 1970 for the “bright lights of Baltimore,” as she put it, to find her self and start a new life.

But her Campbell story doesn’t end there.

She returned to her hometown of Clinton, North Carolina, in the 80s to be near family. All three of her children grew up and went to college, and as adults, they began encouraging their mother to finish what she started and earn her degree. But it took a chance meeting with the man who introduced her to Campbell the first time — the Rev. White — to convince her to do it. “They owe you an education,” he told her.

Conway earned her degree in communication studies in May 2017, finally closing the book on an important piece of Campbell University history.