Worked well beyond the traditional role of first lady

Just months before her death at the age of 97, Millie Wiggins shared the story of how she met Campbell’s third president, Norman Adrian Wiggins. She went back 72 years to January 1947, the first day of spring classes at Campbell Junior College. On this freezing winter day, her class huddled around the lone radiator in her Kivett Hall classroom.

That’s where she first saw Ed — she called him “Ed” because he was one of two Adrians in the class, and the other got to keep the “A” — he handsome and taller than his classmates (thus, easily noticed).“My friends told me later that he asked everyone, ‘Who is that girl?’” 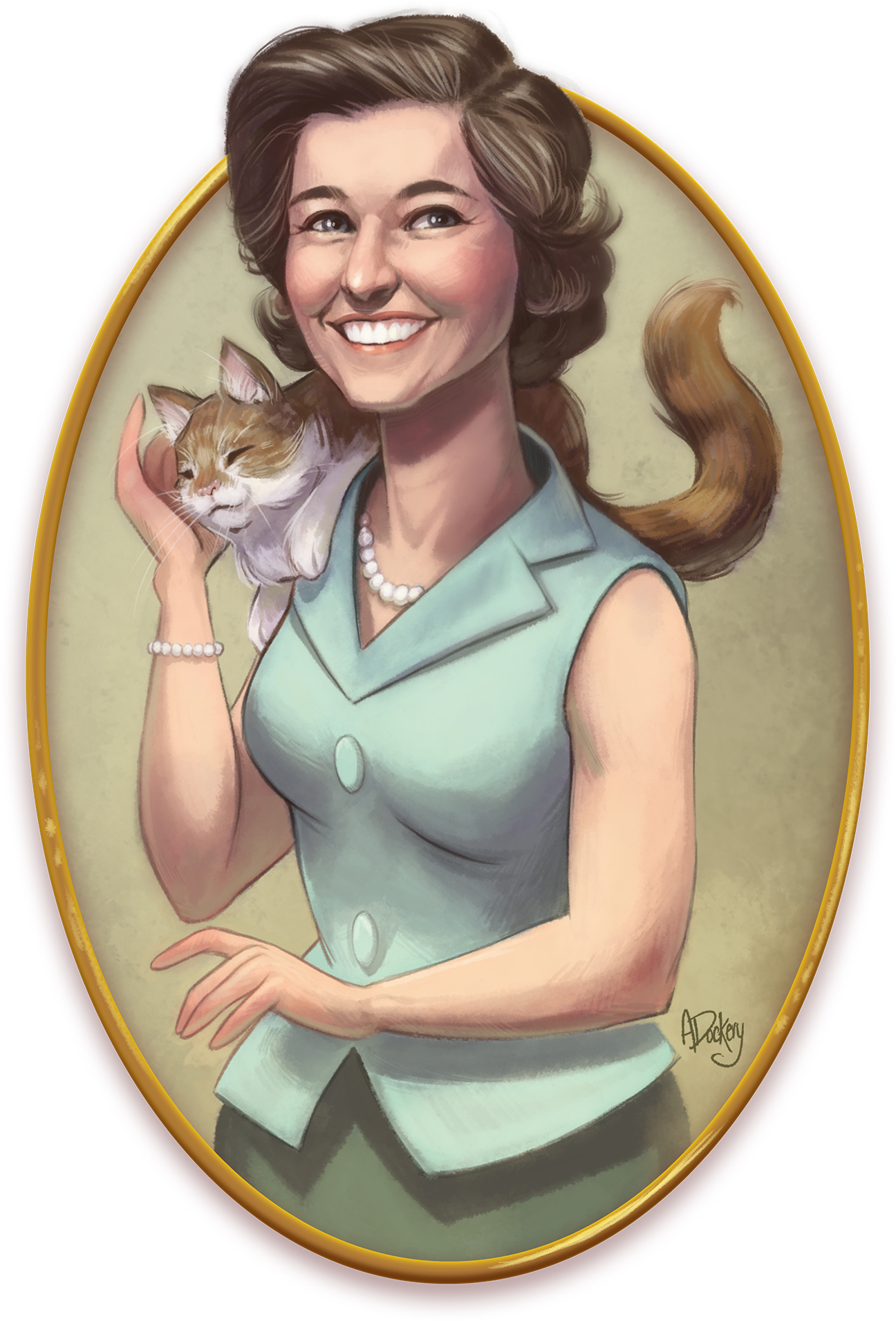 Millie Wiggins would marry her Ed just a few years later, and the two would go on to earn graduate degrees at Wake Forest and later Columbia University in New York. In 1968, Norman Wiggins accepted the leadership role at Campbell, and Millie soon became matriarch to the school she grew up next to in her hometown of Coats.

From the law school and library that bears the Wiggins name to the launch of the nation’s first new pharmacy school in 40 years, an ROTC program, a business school, a school of education and a divinity school — the Wiggins oversaw unprecedented growth at Campbell, even ushering its transformation from a college to a university in 1979.

For 36 years, Millie Wiggins built her own definition of the term “First Lady.” While she accepted the traditional roles of hostess and socialite, she was more at home as Norman Wiggins’ partner and was seen more as an advisor. The two traveled the world together — conventions in Ireland or Great Britain; the launch of a new Campbell program in Malaysia.

The president’s successor, Jerry Wallace, said Millie Wiggins also sacrificed a great deal in her role. Her husband traveled alone often or kept late hours in his office. “Millie spent a lot of time by herself,” Wallace says. “A lot of time. But she never complained. Not once.”

She continued to support Campbell after Norman Wiggins’ death in 2007 and throughout the rest of her life. Their tree-shrouded house in Keith Hills remained her home for 50 years. She loved her garden and her animals; many a stray pet found a home with her over the years and she feed the wild critters daily.