Coach, mentor and friend for generations of athletes

Growing up, Wanda Watkins had the best driveway basketball court in the neighborhood — complete with a regulation goal and outdoor lighting — and everybody in the neighborhood would come over to her house to play late into the night. These were some of Watkins’ best childhood memories. Basketball was her first love.

The state added 5-on-5, full court girls basketball when Watkins was in eighth grade, and she went on to become a star at South Johnston High School, which won the state title during her time there. She was offered a full scholarship to play for Coach Robert “Peanut” Doak at North Carolina State University, but Watkins wanted something N.C. State didn’t offer at the time — a degree in physical education. 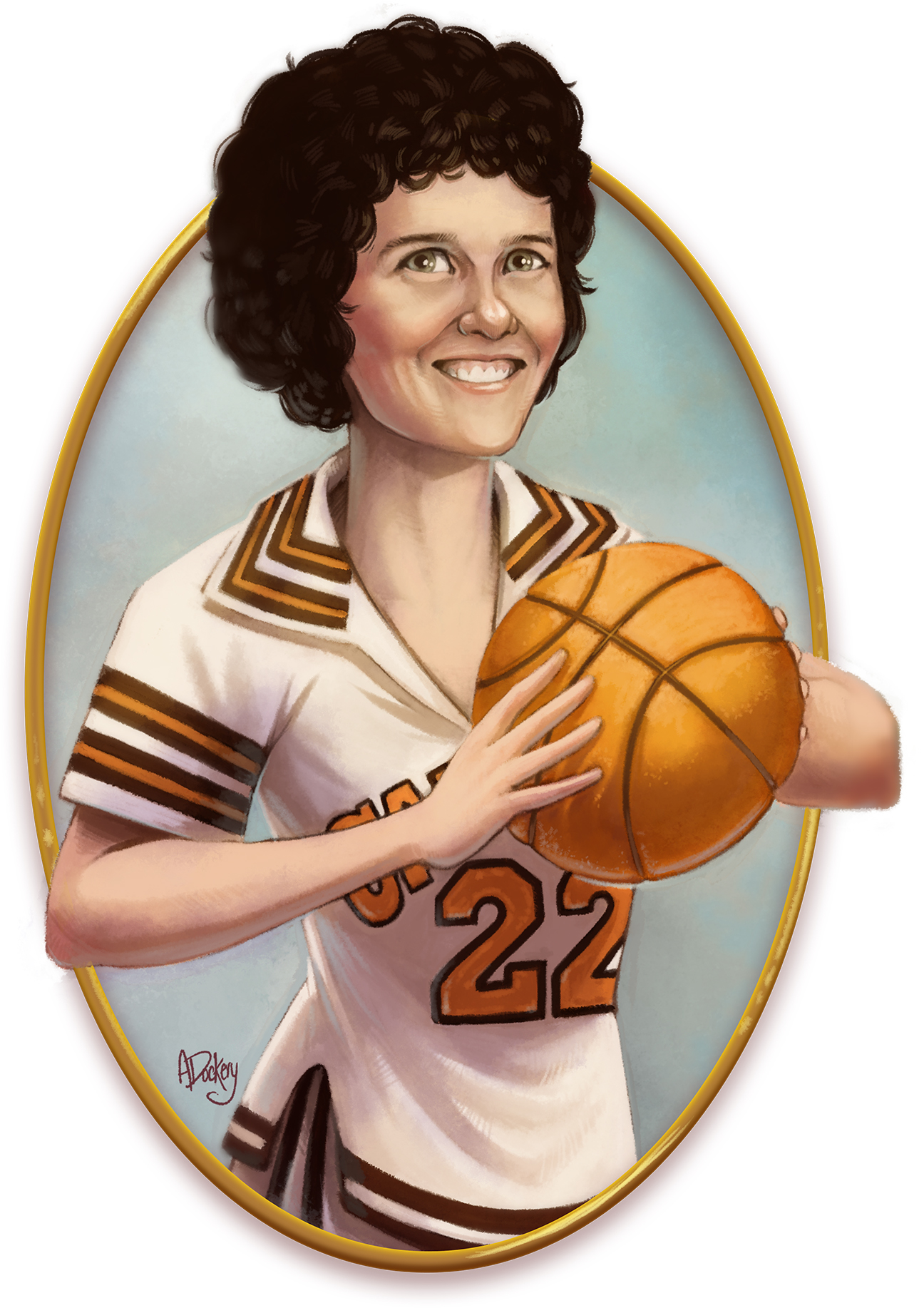 Campbell University did. And the rest is history.

Watkins became Campbell’s first scholarship female athlete and played for Coach Betty Jo Clary. She was team captain of not only the basketball team, but the softball team as well. She was named Campbell’s Outstanding Female Athlete after the 1978-79 season. She became a graduate assistant for Clary after graduation, and in 1981 when Clary decided to quit coaching to become a full-time teacher, Watkins had a crazy idea.

She asked Athletics Director Wendell Carr if he would consider a recent graduate in her early 20s with no coaching experience to take over the team. Even crazier, Carr said yes.

Over the next 35 years, Watkins would become the one constant of Fighting Camels athletics. As a coach, she posted 549 wins, 10 appearances in conference championship games and the program’s lone trip to the NCAA Tournament. She is now Campbell’s associate director of athletics and senior woman administrator. Watkins was inducted into the Campbell Athletics Hall of Fame in 2017 and the Big South Hall of Fame in 2019.

Her coaching philosophy: “I found that once people know how much you care, they will do anything for you. That goes back to my parents. They were great teachers of the game of life. And they stood by me. Even when I made mistakes, I still knew they loved me and supported me. I want the same thing for the kids. I’ll never replace their mothers, but they are like daughters to me.”