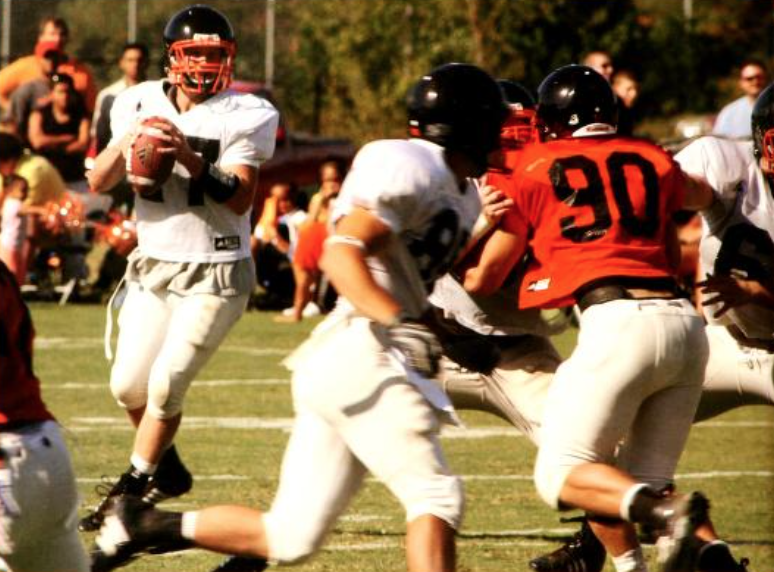 The Fighting Camels made history in 2008, playing their first game in 58 years on August 30. The crowd of 5,845 students, alumni, friends and parents turned out for the season opener against Birmingham-Southern University, the largest attendance for a home game in Campbell University athletic history. Caravans of tailgaters lined the parking lots and lawn areas outside the new stadium as excited fans, some in orange wigs and body paint, braved the heat and geared up for the first game.

“I am very excited to be here right now,” said Austin Dancer, Campbell freshman. “I came from a high school that was big on football. I love the atmosphere of a college football game.”

“This is great for school spirit,” said alumna Lauren Purdy of Greenville. Lauren, who majored in trust and investment management and received her master’s degree in business administration, works for a subsidiary of BB&T as a credit manager and internal auditor. “It was kind of hard to get in the school spirit when I was a student here because we didn’t have a football team. I think football will really unite Campbell.”

Inside the new field house, surviving members of the original Campbell football teams reminisced and told stories of their days with the team.“I was a wingback,” said 82 year-old Calvin Perry who played in 1948-49. “We were one of the few college teams that ran single wing in those days. The advantage to that was that you had more players on the line. We were very close back in those days.”

The game offered plenty of excitement for fans. The game ball was delivered to the field by the Army’s famous Golden Knights Parachute Team. Many Fighting Camel parents cheered on the team from the stands.“We are thrilled,” said Deborah Constantine, mother of wide receiver Paul Constantine of Raleigh. “It’s a wonderful thing to have football back at Campbell.”

At halftime, with the Camels up 3-0, Campbell President Jerry Wallace and Board of Trustees Chairman Harold Wells, announced that the new stadium was to be named the Barker-Lane stadium, in recognition of the significant contributions of Fuquay-Varina entrepreneurs, Bob Barker and Dr. Don Lane, towards the football program. 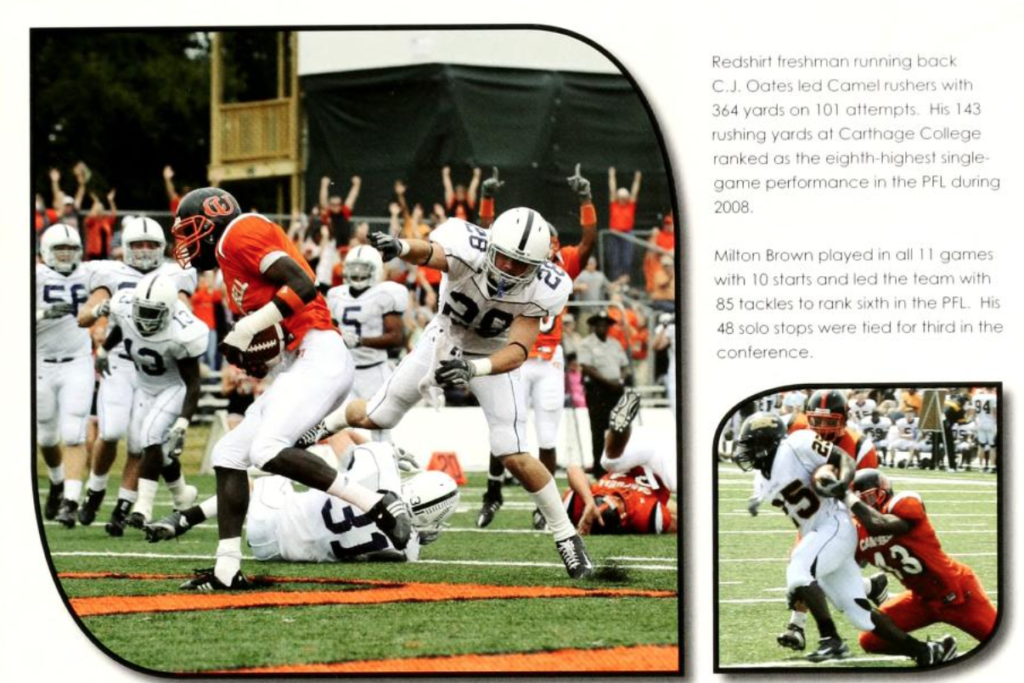 The Campbell football program dates to 1925 when the school fielded its first varsity program. In 1946-48, the Fighting Camels won three consecutive North Carolina Junior College Championships under the guidance of head coach Earl Smith. Ultimately, Birmingham Southern defeated the Camels 12-6, but the spirit of excitement was still in the air through campus.

Today, the Camels are members of the Big South Conference, a collegiate athletic conference affiliated with the NCAA’s Division I.  Birmingham Southern managed to rally past the Camels in the second half to claim a 12-6 victory, but fans say they were just excited to be a part of the action.“We have a lot of talent on the team,” said staff member Tisa Loizou. “I’m so excited about the football program and I’ll be rooting all the way.”