Alyssa Salanitro is proud to say, “Campbell University is the first place I could call home.” Alyssa’s father, James Salanitro (’09), is a retired U.S. army captain, which means the family is used to moving frequently. “I’m from all over,” Alyssa said, “even Germany.” 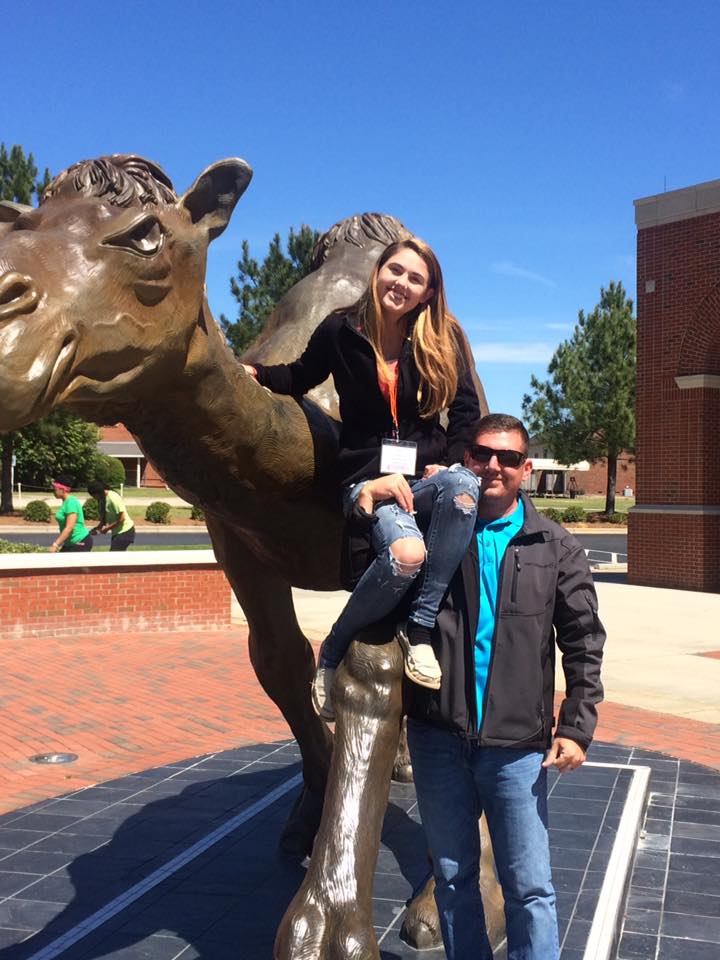 Alyssa is also a Campbell Legacy, following in her father’s footsteps in more ways than one. A rising sophomore, she plans to graduate from Campbell’s ROTC program and commission into the army as an active-duty military police officer. James also commissioned from Campbell University in 2009, graduating with a degree in applied science, which he now uses in his work as a government contractor.

Although Alyssa admits that Campbell University was not her first choice of institutions, she soon realized that “it would be nice to go somewhere that felt like home.” That feeling of home came in handy just a few months later, when she was injured during her first semester and was forced to use crutches for two months. She said, “Everyone around campus was nice enough to make sure I was okay.” She especially cites her Campbell University Freshman Seminar (CUFS) professor, Amanda Parker, as someone who went out of her way to make sure she was doing well, which “inspired me to look up to her as a role model on campus.” Those interactions with professors are standard for Campbell, Alyssa has realized, saying, “I’ve been able to feel comfortable about going to my professors with problems, because at Campbell University we are a family, not just a number.”

The Salanitros were also pleasantly surprised by a welcome lunch for legacy students on move-in day, where legacies and their parents participated in a special pinning ceremony and enjoyed connecting with other families with similar experiences over a meal. “I thought they wouldn’t do anything big,” Alyssa said. “But it’s definitely not like that at all.”

Alyssa has dived into student life at Campbell University, making friends in the Camel ROTC program and becoming a member of the Organization of Security Students. She even participated in last year’s homecoming parade. Going into her second year, she has set even “Campbell has been everything I expected,” she said. “It’s a place you can call home, and it’s a family-like community.” For a student used to moving frequently, a sense of home can be important.

As for her father, James, he is honored to have Alyssa continue his legacy at Campbell. James graduated from Campbell’s Fort Bragg campus as a non-traditional student. He said, “I didn’t really get to experience the whole college life at Campbell, but I am grateful for all that Campbell offered me.” However, he also understands the necessity of Alyssa creating her own space and her own legacy on campus, saying, “Having my daughter [experience] that life sets us apart and gives her a different journey that I wish I had. I know she is in good hands at Campbell University.”