In May, Campbell’s School of Engineering confirmed its first class of thirty-three graduates.  This blog introduces several of our newest alumni engineers.

Read more about this first graduating class in this issue of the Campbell Magazine. 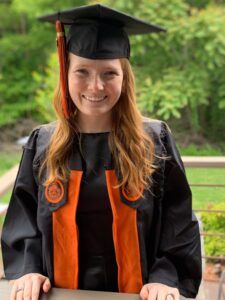 Morgan, a native of Stuart, VA chose Campbell engineering because she loved the school and the small class sizes. “I felt that I would get to know my classmates and professors better by being in smaller classes. One of the things that I liked the best about Campbell was that it seemed like people really cared about you and wanted to see you succeed.”

“It is an honor to be in the first class of Campbell University engineering alumni. I am so thankful for the education I received from Campbell’s engineering program. I could not have asked for better classmates or professors throughout my four years. I am proud to know that I am going into the workplace as one of the first Campbell engineers.”

Morgan is now an Engineering Validation Associate for Pfizer in Sanford, NC. She works in the Validation department for Site Engineering and Maintenance, supporting all cGMP/GLP equipment, instrumentation, facilities and utilities related to the manufacturing of biological drug substances and intermediates. Morgan mainly focuses on the validation of HVAC systems. 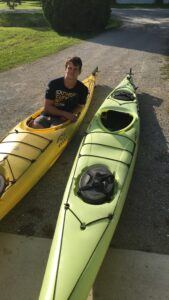 “When I was recruited by Campbell Wrestling, I thought it would be a neat adventure to be part of the new engineering program.  It was a humbling and rewarding experience being a part of Campbell’s School of Engineering. I am very proud of my class for getting through the charter program and it means so much to consider myself a Campbell engineer.” 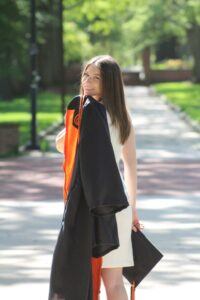 “As a senior in high school I had toured several colleges but ultimately chose Campbell engineering because it felt like home. Campbell’s campus and faculty felt very welcoming and I felt God calling me there. While I had looked into Campbell earlier in my high school career, I do not think it was a coincidence that the engineering program was beginning the same year I graduated high school. Campbell engineering offered me a hands on approach, clean campus, and low student to faculty ratio. I truly felt God was handing me an opportunity to grow as an engineer while growing closer to Him in my time at college. After I met with Dr. Carpenter for the first time, I felt very confident in the Engineering School and excited for the future.

It is an honor to be in the first class of the Campbell University engineering alumni. The engineering program is phenomenal! Its hands on approach has helped me, along with many other kinesthetic learners, to stretch the bounds of a traditional classroom setting and learn by doing. I am so grateful to be a part of the inaugural class and thankful for the faculty and staff that encouraged us to continuously strive for excellence and professionalism.”

Anne has accepted a position with Jacobs Engineering Group as a Mechanical Engineer in Arlington, Virginia. As a member of the building design team, Anne will be specifically designing and planning mechanical components, such as HVAC systems, and preparing energy compliance calculations. Many of the software Anne used in her labs and classes will be the same ones she’s using in her new role, such as AutoCAD, Trane TRACE, and REVIT. 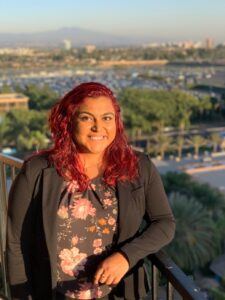 “Before going to Campbell I was at Johnston County Early College. I was so used to having the one-on-one relationship with my teacher as well as my classmates. Learning that Campbell had a new engineering program and finding out I would be part of the inaugural class made me more sure that this was the best choice for me. I not only got to be part of the foundation of what the program is, but I got to help professors build a curriculum for future engineers. I was able to have hands-on projects that other engineering students don’t get to be a part of and work with industrial machines such as a lathe or CNC machine.

I’ve had so many doors open for me as a Campbell engineering alumna. I not only got to work in the Makerspace lab as a supervisor, I got to learn how to train incoming student workers on keeping up maintenance on the machines. I was able to have internships throughout my sophomore and junior summer. I got to meet and work alongside some of the best people I have ever met. I got to be part of the bone structure of what the program is today and what it is becoming. The professors wanted to improve the curriculum not only for the school, but for the students. I am honored to be a CU engineering alumni.”

Nelly is part of the Operational Development Program (ODP) with The Timken Company. Nelly will be relocating to Keene, NH where her first 6 months will be working in Supply Chain. She will be taking care of creating schedules for Advance/XRAY and working with operations to achieve productivity and utilization targets. She will then move into Lean and will relocate again. She will finish her training in Quality as a supervisor. 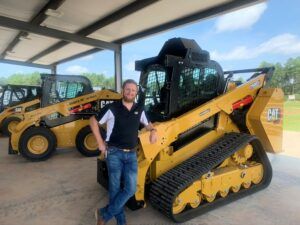 “I chose Campbell engineering because of Dr. Carpenter. I was in a little different situation than most incoming freshman as I had graduated from Campbell in 2015 with a B.S. in Kinesiology. When my first career choice didn’t pan out I was trying to figure out what I was going to do next. I basically knew that I was going to be going to Campbell for something; it had been my home for 5 years and I couldn’t imagine going anywhere else. Physical Therapy school was probably the most logical next step but after meeting with Dr. C and hearing about the engineering program that she was starting I knew that was where I needed to be. Her vision for a robust hands-on curriculum and her enthusiasm for everything engineering made me want to be an engineer too! I’m so thankful I did!

Campbell is a place that I absolutely love and to have the opportunity to blaze the trail for countless generations of Campbell engineers that will come through behind me has been amazing! I can’t wait to see where the program goes, with Dr. Carpenter at the helm, I’m sure it will be incredible! ”

Morgan, originally from Kalamazo, MI, has accepted a job with Caterpillar Inc. at the Sanford and Clayton, North Carolina locations. He will spend the next 12-18 months in a rotational program before landing with his “home” team. He currently serves as a design engineer on the Skid Steer Loader Structures team designing various structural components. Within the upcoming weeks he will rotate into an analysis role, then a build engineer role, then hopes to end his rotation with a customer facing role through customer support or marketing.