Every summer, Campbell Law students have the unique opportunity to take part in an intensive, two-week study abroad program in St. Andrews, Scotland. I chose to spend the end of summer attending this rigorous course, which teaches students how to become better trial advocates and to conduct a full-length trial. Eleven Campbell students including myself attended the School of the Trial. The 33  remaining students hailed mainly from Baylor Law, along with a few other Texas schools.

The first morning upon our arrival, I woke up to a cool, overcast morning, squawking seagulls, and a briny North Sea breeze. This was quite a welcome change from the stifling heat of a Raleigh summer.  On this first day of the program, we were welcomed by a High Tea held at St. Andrews University’s Parliament Hall. We mingled with the various professors, practicing trial lawyers, and judges who would be instructing us each day on the art of the trial. We also heard our first lecture, “Campfire Storytelling for the Trial Lawyer,” and learned more about our first assignment.

Over the next two weeks, the students broke up into small groups daily to receive invaluable lessons from the instructors leading the groups on that particular day. The leaders for each group changed each day, so we were lucky to receive feedback and teachings from many different yet equally accomplished individuals. We would present our assignments for the day and receive minute, individualized feedback. Then all the students would meet back at Parliament Hall for a group lecture or trial demonstration. The personalized advice from accomplished lawyers and judges was worth its weight in gold. Moreover, the opportunity to view attorneys in action as they presented mock arguments and witness examinations allowed us to view first hand what true mastery of trial work looked like.

After classes ended in the early afternoon, we had the later afternoon and evening to write, practice, and memorize the assignments we would be presenting to our respective small groups the next day. Though I usually went into class feeling relatively prepared and confident, the insightful feedback I received demonstrated the numerous ways that I could improve my work. Furthermore, the process of presenting assignments and accepting critiques confirmed that just like anything else worth doing, learning to litigate takes relentless time, effort, and practice.

All of our time was not spent in the classroom, however. St. Andrews is replete with rich history, restaurants, scenic walks and hiking trails along the St. Andrews coast, museums, and historical sites to visit. Oh, and they’ve got a pretty famous golf course, too. If you climb the Tower of Rule at the ruin of St. Andrews Cathedral, you experience a spectacular view of the town, the surrounding countryside, and the shimmering North Sea. Or if you are so inclined, you can visit the castle dungeons or the ancient cemetery plots next to the cathedral.

We also had the opportunity to observe a trial at the courthouse in Dundee and afterwards to discuss Scotland’s judicial system with one of the judges. In Scotland, judges are called “sheriffs.” Interestingly, not only the sheriff but also the lawyers wore robes, and the sheriff wore a wig when presiding in the courtroom.

Also, on our first weekend many of us visited Dunnottar Castle, a ruined medieval fortress nestled in the cliffs that overlook the striking northeastern coast. Others of us chose to scatter throughout Europe for our long weekend, traveling to Edinburgh, France, Belgium, London, and other destinations.

The second week of the program focused on prepping for the trial on Saturday. We learned how to craft an effective opening statement, prepare direct examinations, plan effective cross-examinations of adverse witnesses, and finish the trial with powerful closing arguments. We presented our openings, directs, crosses, and closings for our small groups and received constructive feedback on what went well and what should be improved for the trial. We spent much time strategizing and practicing for the trial.

On Saturday, we conducted our trials in groups of four in front of a judge and another faculty member. All of us were generally nervous but determined to do our best, trusting that the hard work we had put in during the past two weeks would pay off. Three hours were allotted per group for the trial. Following the trial, the four highest-ranking competitors would be chosen to compete in the final round on Sunday, observed by the whole school.

The trial on Saturday was nerve-wracking and tough, but also quite fun and a wonderful learning experience. I breathed a sigh of relief when my trial finished, happy that the hard work over the past two weeks in learning how to put on a trial had paid off.

We all gathered in Parliament Hall on Saturday evening to hear who the four students chosen to compete in the final round would be. To my surprise, the first name called to compete in the final round was my own.  But there was hardly time to be nervous; I had only a little more than 12 hours to rewrite my opening statement, craft fresh direct and cross examinations for the different witnesses I had to question, confer with my co-counsel, and thoroughly familiarize myself with my new written work.

The next morning, functioning off of fumes but adequately caffeinated, I headed to Parliament Hall to begin the final trial. All the students and professors in School of the Trial gathered to watch, and Federal District Court Judge Rodney Gilstrap presided. The trial lasted about three hours, and the other three competitors, all Baylor students, and I worked hard to advocate for our clients. When the trial ended, we all felt that we had done our best and put to use the plethora of information and learning we had gathered throughout the program.

Finally, all the students assembled for Awards and Closing Remarks. I earned the award for “Best Advocate,” meaning that I had received the highest score out of all the students in the School of the Trial. Another Campbell student, John Ryan, swept the School of the Appeal by winning awards for best brief and best appellate advocate.  Both John and I were thrilled to be able to represent Campbell Law in Scotland upon receiving these awards.

Finally, exhausted, elated, and equipped with a new arsenal of knowledge imparted to us during the program, we headed to the airport and jetted off to our respective homes. Now back in school for my second year, I am excited to put into practice what I learned at the School of the Trial. 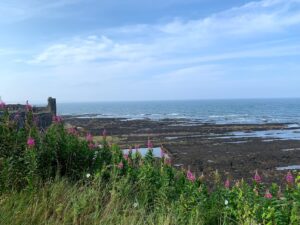 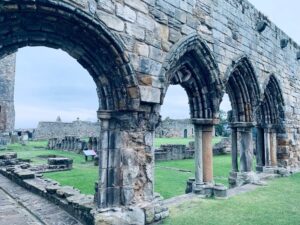 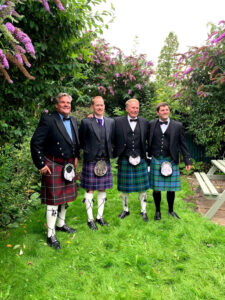 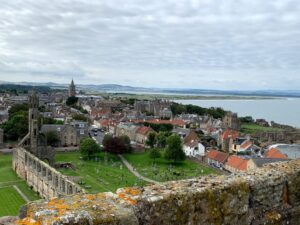