Members of the Campbell Law School’s Willem C. Vis Moot Court team traveled to Serbia to compete in the Belgrade Open Pre-Moot Competition on April 2-3. The competition hosted students from 25 different countries, with registration limited to 64 teams. Campbell Law was the only team from the United States to attend the competition. 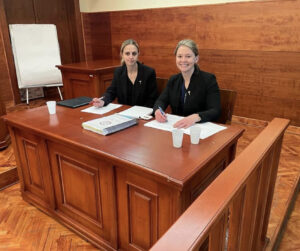 The Belgrade Open Pre-Moot Competition was held at the University of Belgrade and hosted by the Arbitration Association, the Belgrade Moot Center, the German Arbitration Institute (DIS) and the University of Belgrade Faculty of Law. Within the competition, law students from around the world compete in the realm of commercial law and arbitration. The competition was hosted in preparation for the Willem C. Vis moot – the largest private law competition in the world, attended by approximately 400 law schools.  The Willem C. Vis moot is normally held annually in Vienna and in Hong Kong, but in 2022, it is being hosted virtually.

The team was accompanied to Serbia by their coach, Campbell Law Professor Raluca Papadima, who teaches Business Organizations, Mergers and Acquisitions and International Business Transactions. 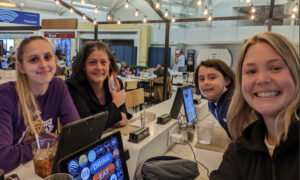 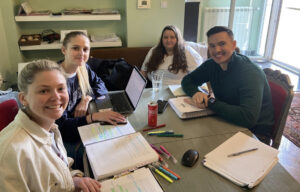 The Belgrade Open Pre-Moot Competition was preceded by the Belgrade Arbitration Conference, which was also attended by the members of the Campbell Law team. The conference hosted experts from Switzerland, Serbia, Bulgaria, Austria, Germany and the United Kingdom, who discussed the evolution, procedural intricacies and different perspectives of arbitration, Papadima said.