Christian Moss (‘18), a business administration major and marketing minor from Sanford, knows how to manage a busy schedule. Along with attending classes, he balanced life as an active member of Greek Life, the Student Alumni Association, Student Government Association, the Business Week committee, and the Senior Legacy Campaign – small pieces of his overall time at Campbell which he says, “gave me the necessary tools, experiences, and mindset for my career.”

All of those tools and experiences have since come in handy when Moss graduated. Immediately after graduation, he relocated to Charlotte and began his new career. “Four days after graduation I started my new position with Duke Energy on their Customer Connect Program as a Business Analyst,” he said. Even though the job comes with a lot of responsibilities and he’s been juggling work with a move to Charlotte, he’s found the time to take some short trips to “the coast, mountains, and Nashville, Tennessee.” 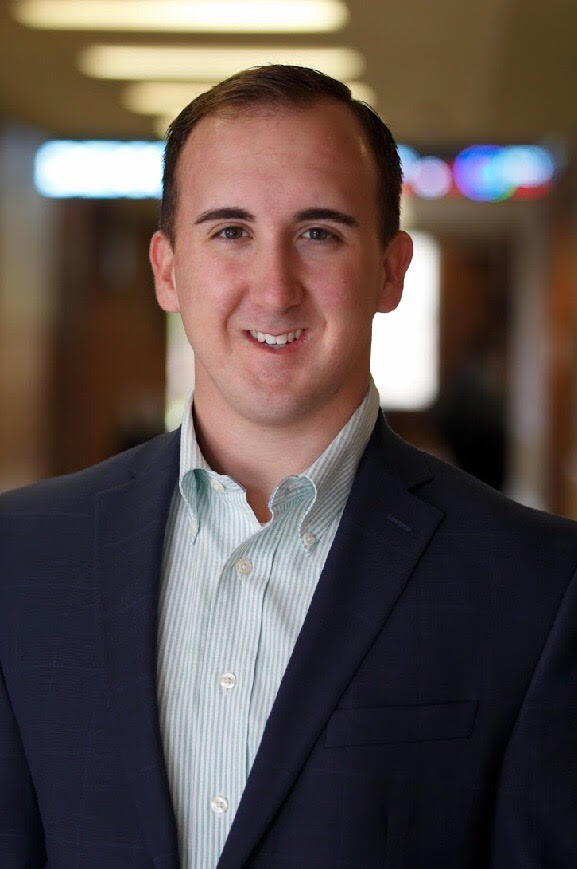 Looking to the future, Moss would like to stay with Duke Energy as long as possible, with an end goal to “learn as much as I can about the utilities program,” he said. When he’s not working, he would like to “obtain my real estate license and sell homes.”

Moss recognizes the work that Campbell University has done in preparing him as he is embarking on the first stage of his career, especially the Lundy-Fetterman School of Business. He said, “[the business school] gave me many different opportunities and experiences to network, update myself on professionalism [and] etiquette, and provided a innovative learning environment that inspired my professional growth.”

Moss has also learned the value of hard work both inside and out of the classroom. His favorite Campbell memory is winning “best float” of the annual homecoming parade. Even after “spending days planning and decorating our float…we were certain that we were not going to win the competition because others had decorations that looked better but were store bought.” In contrast, Moss and his friends “handmade just about everything on our float and all of the hard work paid off. The judges favored our float so much that we won first place. I also was featured in the yearbook with a picture of me waving to the crowd while riding the Student Alumni Float that year. It was pretty cool how everything fell together.”

Moss urges all incoming freshmen to follow his example and become involved at Campbell as quickly as possible, saying, “Freshman year is the year that you will meet the people that will be there with you during your journey at Campbell. Go out and play mud volleyball, show up and wait in line for the Christmas Tree Lighting, go to Midnight Breakfast at least once, join the club that interests you even if you don’t know anyone in it. Don’t be scared to do something you’ve never tried before; you never know who you might meet in the process.”

Moss also encourages students to “be proud of your choice of school for higher education.” He does not hesitate to share his personal pride for Campbell University, even as he prepares to build a new life in Charlotte. He said, “I truly believe that Campbell leaves an impact that [her] students will never forget.”

Learn more about alumni news and events at alumni.campbell.edu.