It took a while for it to sink in that we were really in South Africa.

Driving down Cape Town highways at night looked just like driving through eastern North Carolina at night — except for the trees. The umbrella-like, canopied trunks we saw silhouetted against the orange street lights were the only hint (at first) that we were not in Kansas anymore.

Then there were the mountains, which loomed up at us from out of nowhere in the dark — totally different from the gradual rolling hills that lead to the Appalachians. We climbed higher and higher during the 45-minute drive from the airport and bounced around in the back of our van, both from excitement when our driver, Fransi, said “almost there, family,” and from actual speed bumps that sent us flying.

Exhausted as we were, we set alarms early. No one could wait to see South Africa in the daylight. We were not disappointed.

We had landed in Cape Town Sunday night at 9 p.m. local time, absolutely overjoyed to be upright after 18 straight hours in the air, with the exception of one Chariots of Fire-worthy sprint down the terminal to make a connecting flight with a minute to spare (deepest apologies to those who had to sit next to our sweaty selves afterwards). Once we were over the initial shock of waking up in our beautiful lodgings in another country, we began our crash-course orientation at Living Hope’s main campus. There was a lot to learn.

Here’s the picture we’re seeing of Cape Town so far:

It’s obvious to anyone who visits why Cape Town is such an attraction for tourists. There are spectacular mountain vistas and incredible residences landscaped to perfection with ocean views to die for. Blocks over, also backed by beautiful views, families live in one-room tin shanties, sometimes packed into properties meant for one home, without running water or toilets. In areas with high unemployment rates, people turn to other sources of income such as crime, drugs and prostitution to make ends meet. HIV remains a serious problem; there is still a stigma attached to it, and so it is not discussed openly.

We were introduced to a cultural understanding of race that is very different from our own. Apartheid has left behind a class structure of “whites,” “coloureds” and “blacks” — words with meanings totally different from ours in America. For decades the coloured community has been caught stranded between the whites and the blacks, and so has been neglected for years. Some claim to have been “not white enough” during apartheid and “not black enough” now, and as a result many still feel abandoned with no hope or ambition for the future.

The differences between black and coloured are too subtle for us to spot, but one of the reasons Living Hope is so trusted by communities and so effective is that they seek out staff who grew up in the villages they minister to. They understand the language, the culture and the needs they’re facing. It’s pretty incredible how the communities have embraced them. 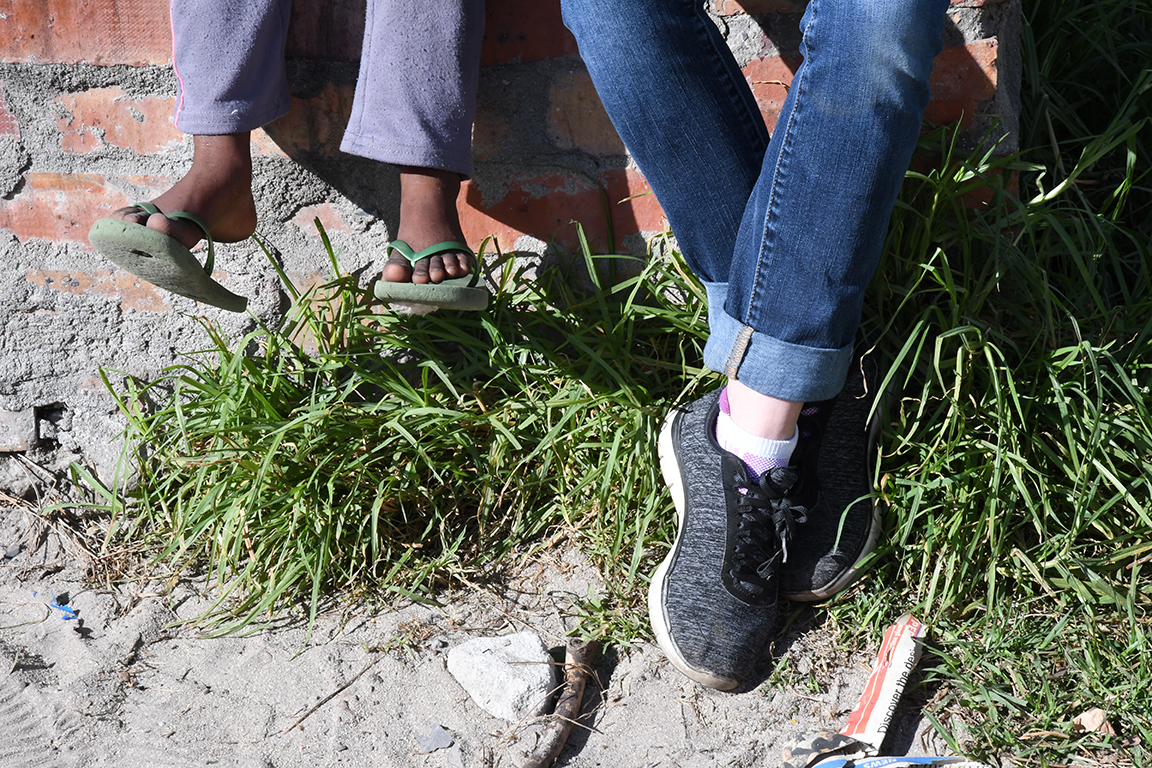 Living Hope began as a local church ministry of just volunteers. In 1999, Pastor John Thomas attended a meeting of faith leaders and heard the statistic that 44 percent of a community not far from his church, called Masiphumelele, had HIV/AIDS.

It was shocking. Especially because at that time, people with AIDS had little access to anti-retroviral drugs and died horrible deaths, neglected even by their families. He was determined to step in and show them how much God loved and cared for them and to seek to point them to Jesus before they died. To do that well, they needed a building — a hospice to start with. He and his church mobilized volunteers to knock on doors in the area trying to identify that 44 percent. The resulting ministry was a group that was committed to giving South Africans dignity and care in their last days.

Funnily enough, the statistic that started the Living Hope turned out to be inaccurate. Pastor John found out later that only 16 percent of the population of Masiphumelele had HIV/AIDS at the time. But what a blessing that authorities were wrong. Without the shock of that initial count — nearly half the population — who knows if King of Kings church would have been spurred to action so quickly or worked so passionately to help their neighbors. 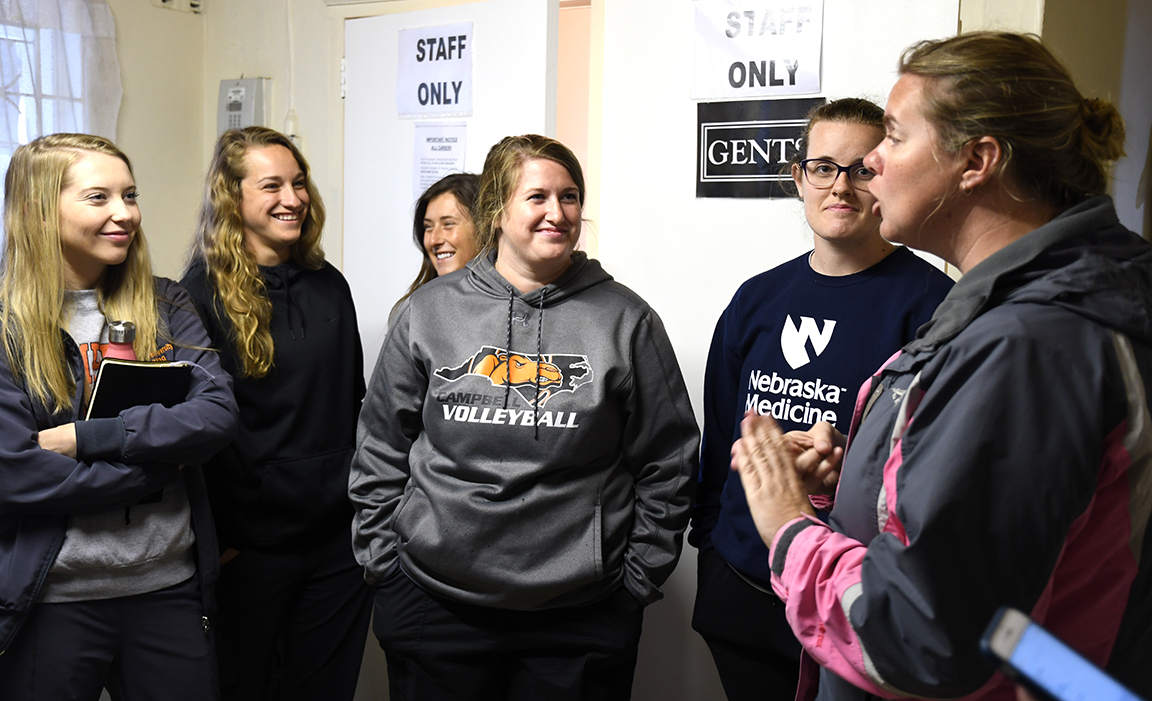 Almost 20 years since it began, Living Hope does a lot more today than care for the dying. Living Hope assists patients and their families with physical, emotional and spiritual support. They treat chronic and terminal illnesses, support adults struggling with drug addiction, give students agricultural and economic training in their greenhouses and run youth programs to educate families on strategies to prevent illness.

Reading about Living Hope’s work in the communities is one thing — working alongside Living Hope is another. After orientation on Monday, we took a tour of two of the eight communities where Living Hope has a base — Masiphumelele and Ocean View — and headed up the mountain to Red Hill, where we spent the day helping Living Hope’s life skill teachers with an outreach program. We split up to pass out pamphlets advertising Living Hope’s services for adults. More than 150 kids poured into the yard and we quickly jumped in for a dance party, helped with games and praise and worship time and took part in a skit about human trafficking. We had a blast.

It’s been difficult to write about our first day because there are so many conflicting impressions of Cape Town rolling around in my head. The breathtaking beauty of the mountains next to the piles of litter in the streets, the uncomfortably cramped shanties at odds with the friendliness and open doors in the communities, the high risk for disease against the physical gestures of love and sarcastic humor of the locals.

For me, the most difficult thing to understand is where people in impoverished communities derive the sense of dignity and purpose that our culture finds in work, leisure activities and daily routines.

If I had grown up in Masiphumelele, I wonder, what would I do? Would I have ever aspired to write if no one around me was a writer? Would I feel worthy of love if no one around me told me I had anything to offer the world at large? If I couldn’t base my identity on a conglomeration of music lessons, books and family vacations, would I like the person I am?

Working with Living Hope has reaffirmed to me that my perception of daily necessities is entirely based on what I grew up with. If I’d never had my childhood home — if I’d been born in one of millions of homes like the ones in Cape Town communities — carrying a jug to get a day’s worth of water wouldn’t seem foreign, let alone like a tragedy we have to somehow fix. South Africa does not need to be fixed, saved or rescued. It needs the same things that we need in North Carolina: people who care about us, and hope in something greater than ourselves.

That’s what makes Living Hope so special. They help wherever they can with the here and now, in education and health care, safety and entrepreneurship, and show people what it looks like to live with an eternal perspective. We’re so excited to learn from their amazing staff and volunteers as we seek to break the despair of poverty and disease, bring hope to communities and reach people for Christ. 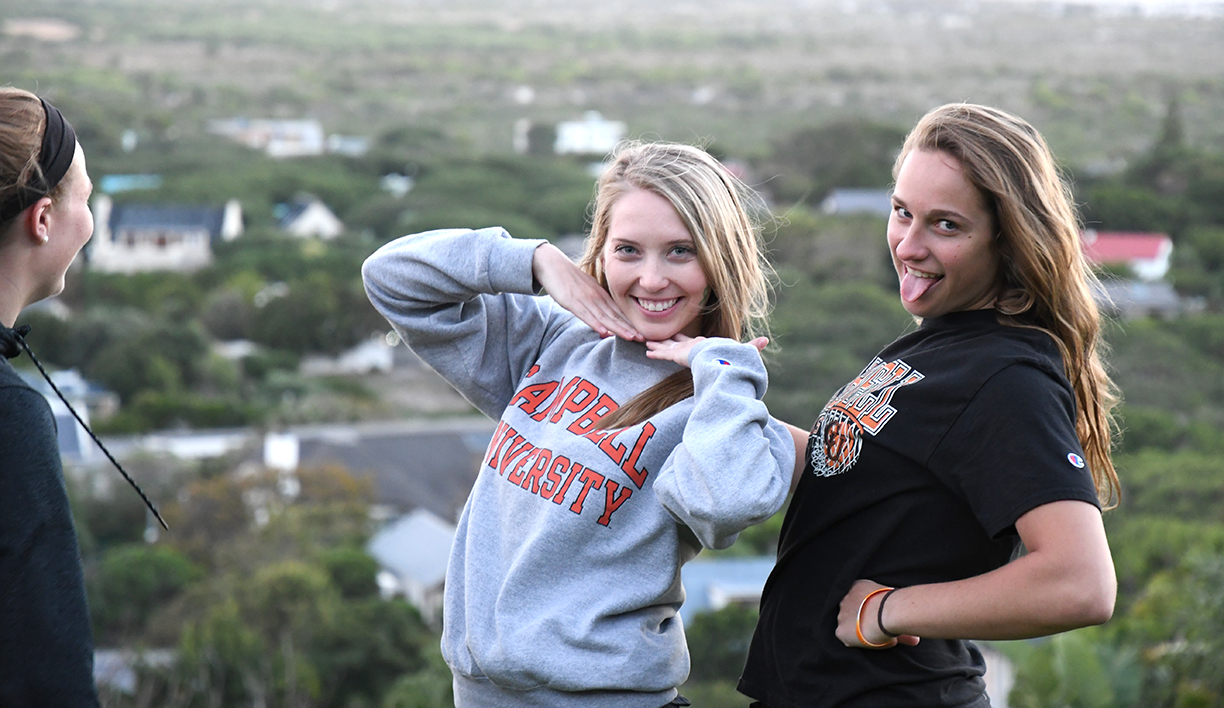