One of the most fun things you can do in South Africa is just listen. The local languages (that is, the three we’ve heard of the 11 that are officially recognized) are beautiful regardless of whether you not you understand them. English is spoken with a not-quite-British flair of flattened vowels and rhotic r’s. Xhosa has distinctive click consonants and a lilting tone that we’ve tried and failed to imitate. Even the birds are worth listening to — this morning, a bird that I later identified as a Hadeda Ibis woke me up with a screech to wake the dead particularly alarming call like someone was strangling a cat.

We’ve had a lot of fun comparing colloquialisms with our hosts, especially because several of us have pretty distinct accents ourselves. We know now that in South Africa, a car trunk is a “boot,” honking the horn is “pushing the hooter” and a jacket is a “jersey.” Traffic lights are called “robots,” sidewalks are “pavements” and gas is “petrol” — and you won’t have to pump it yourself. Our beloved new friend, tour guide and driver extraordinaire, Fransi, is an excellent sport when it comes to answering our questions about the various dialects. He also performs his best impression of our southern drawl when he feels like it’s getting too quiet in the back of the van (a rarity that always ends in laughter). 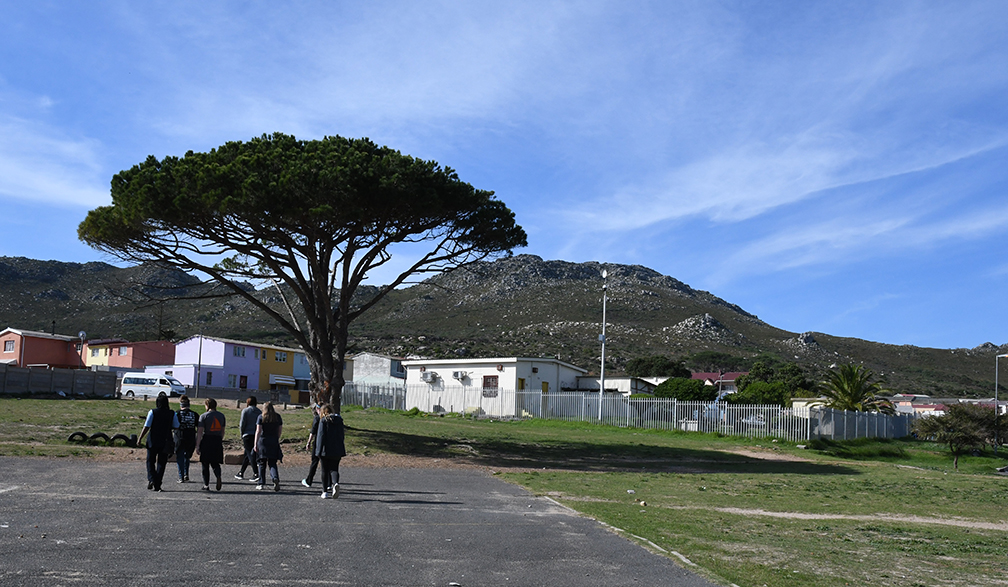 While the non-nursing folk looked on, Kierston, Cassidy, Anita and Jess straightforwardly and professionally shared ways recognize sexually transmitted infections, talked diabetes and hypertension prevention and gave a short lesson on portion control. They bravely hopped up in front of a crowded room of waiting patients to chat about important (if not exactly popular) topics like using condoms and limiting carbs and sweets. It made us proud, especially considering that they were asked to give the presentation yesterday.

The presentation was part of a wellness screening event that Living Hope is putting on this week across various Cape Town communities. The event travels from community to community so that residents can simply walk over and get a quick check up that includes a blood pressure, blood sugar and HIV test, a tuberculosis screening, a hand-washing station and a snack of fruit, free of charge. We’ve been doing our best to help out by washing hands and praying for the residents, taking blood pressure and performing the screenings, passing out information on preventing diarrhea and diabetes and entertaining kids who see the crowd in their neighborhood and decide to come check it out. 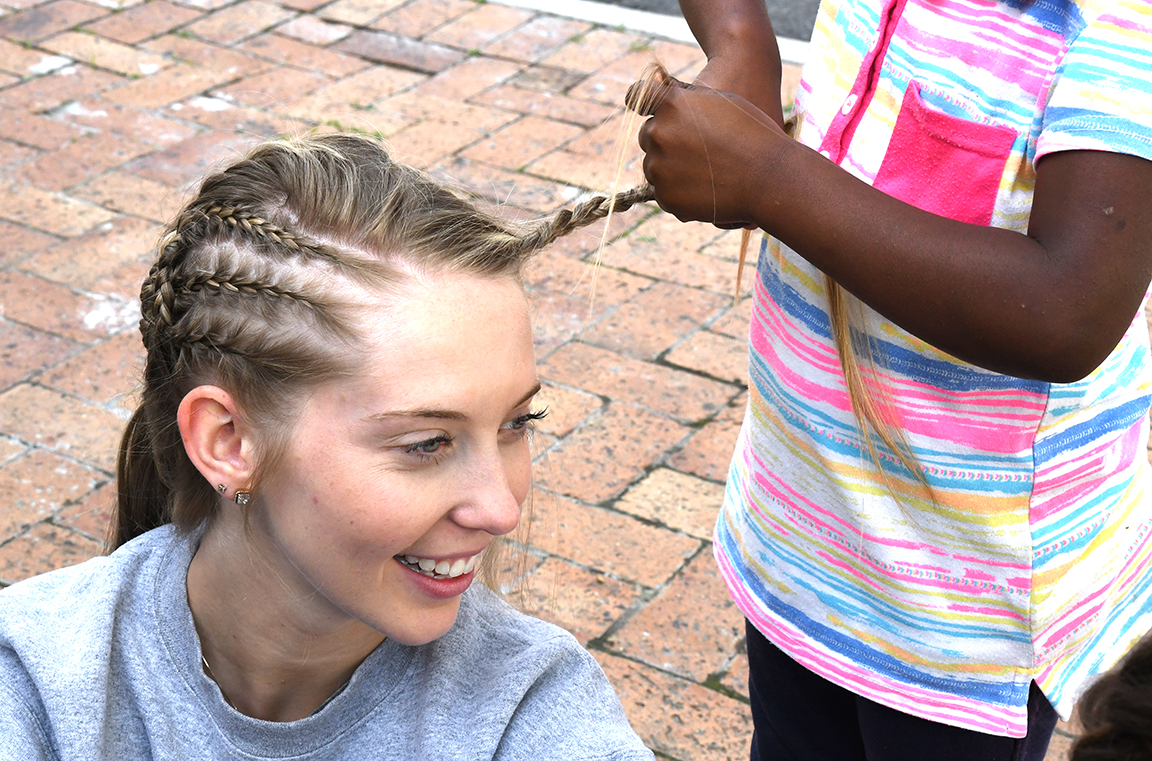 Yesterday, we set up shop in Red Hill, one of the more undeveloped neighborhoods in our area. Originally started in the 1980s, Red Hill is home to about a thousand residents living below the poverty line with a backdrop of absolutely stunning mountain scenery. Most homes are simply-constructed shacks, and the community has only had running water since 2005 and electricity since 2007. The highlight of our day was playing with and washing the hands of the Red Hill kids. There were some mean soccer moves and very impressive keep-away tactics were employed by all. 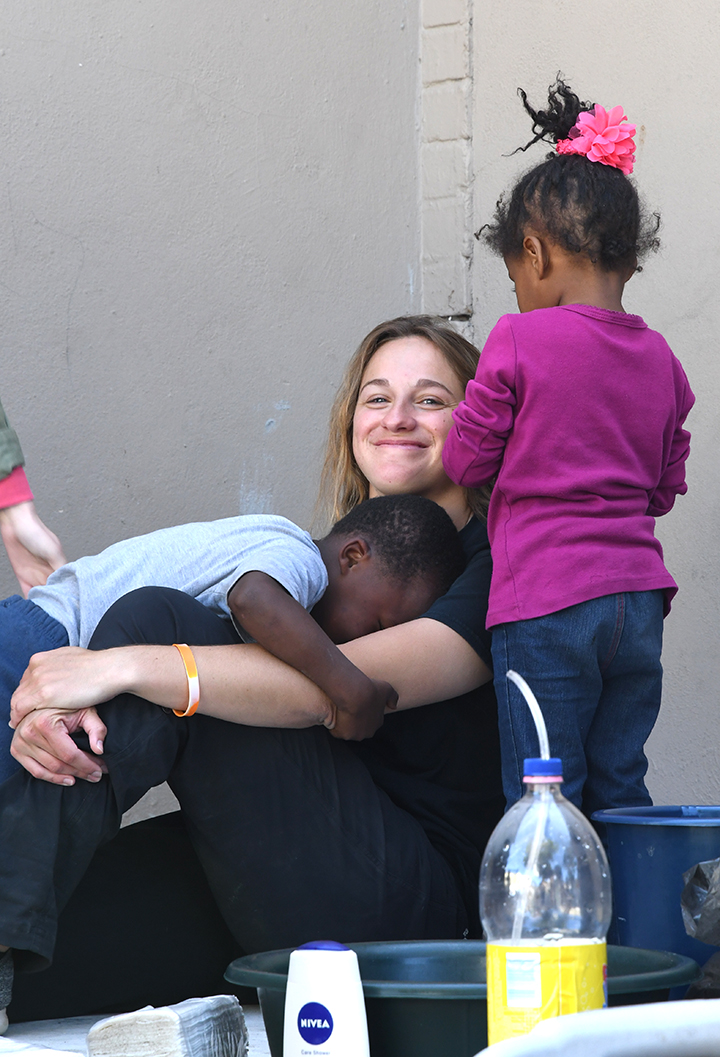 Today, we were just a few miles up the road in Ocean View, which has been around about 30 years longer than Red Hill and has much more infrastructure. We were able to park outside the local clinic to start the screenings, and a queue developed pretty quickly. When things slowed down, we took a field trip to a primary school across the street for another round of hand-washing instruction.

It might sound ridiculous or condescending to spend a morning teaching people of all ages how to best wash their hands. But Living Hope staff told us that in communities like Ocean View and Red Hill, the basics are often the things that slip through the cracks when it comes to preventative care. There’s been a water advisory in Cape Town for the past two years or so, and when running water isn’t available in many houses anyway, it’s easy to see why hand-washing never became a top priority.

In fact, when you listen, it’s easy to understand the why behind many of the struggles communities are facing. The streets might not be pristine, but that’s because there are no litter laws and waste management doesn’t reach every home. Unemployment is often the gateway to alcoholism, which can lead to mistreatment of women and children. It is difficult to combat a lack of hope for the future when the reasons for it are so devastating — a home lost to weather or a fire or an HIV diagnosis.

Listening has been on the minds of everyone on our team and was the subject of our daily devotional. We shared stories of times in our lives where someone’s ability just to listen made a difference to us, and we were challenged to give intentional listening a try. I hope that the resulting stories make it onto a podcast in the near future, because there were some great ones.

We can’t all give presentations about healthcare, or speak to kids about Jesus in Xhosa or Afrikaans. We believe that one of the best ways to encourage the staff of Living Hope is to listen — without comment, without a response in mind to keep the conversation going and without judgement. Sometimes we face situations where no amount of sympathy from others can really help. When those situations are completely out of our control, the simple acknowledgement that we’ve been heard can make a difference. (And a little prayer couldn’t hurt either.) 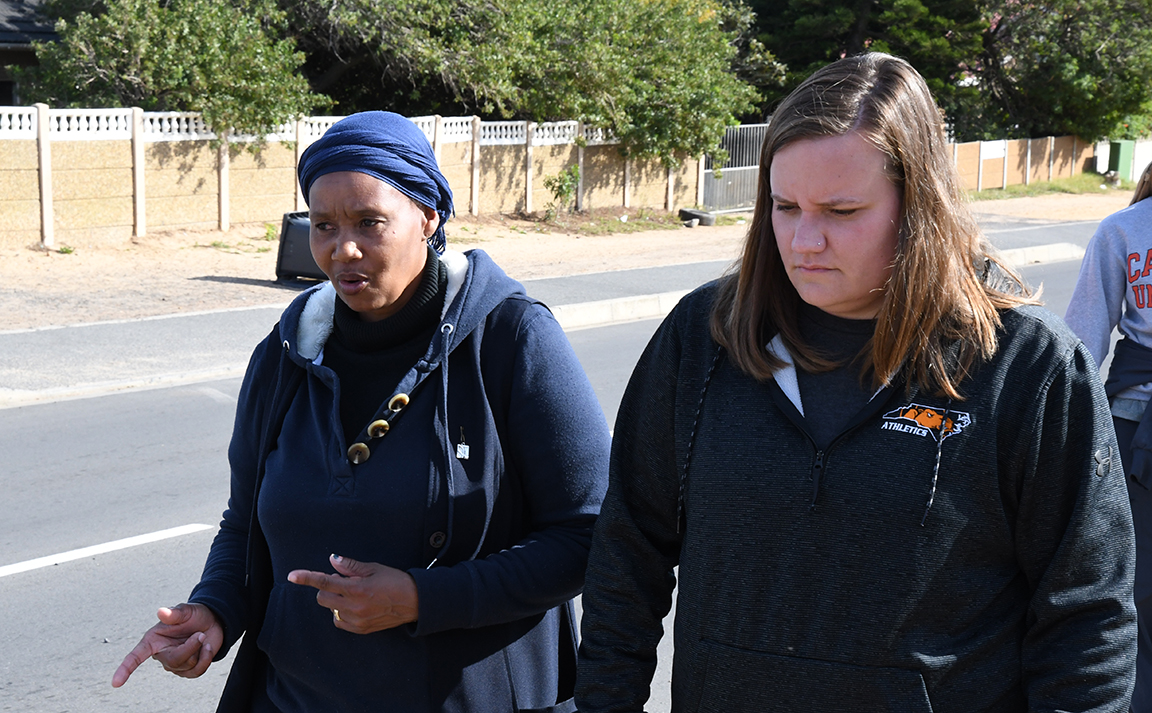 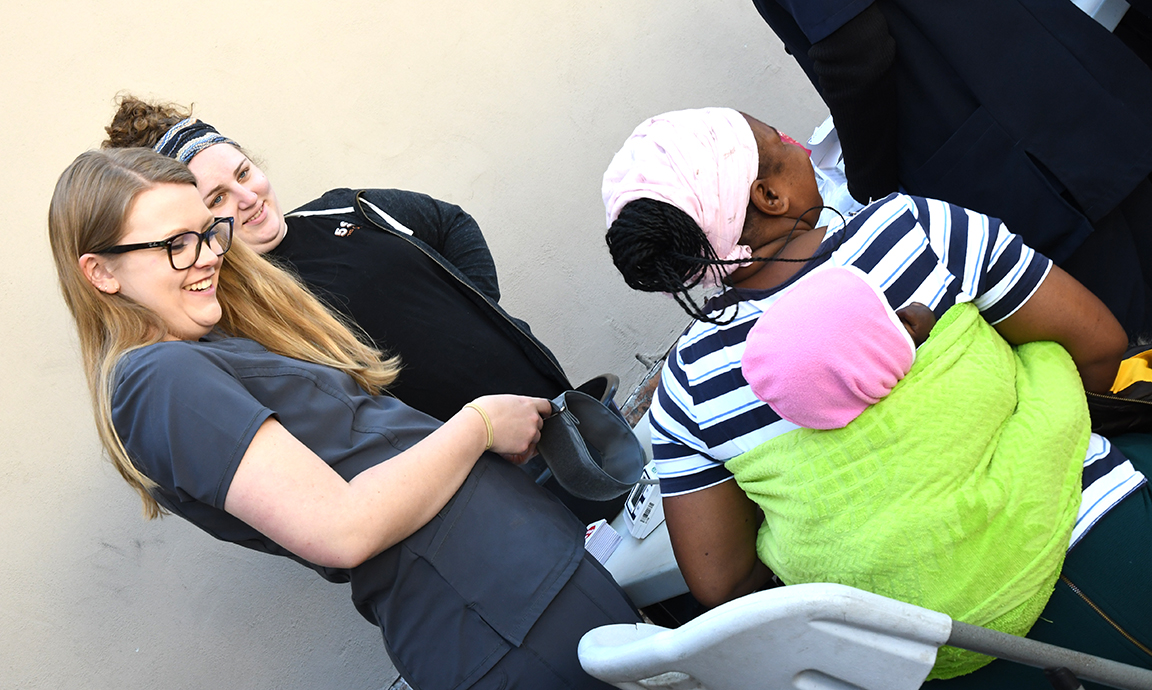